Thanks to Coach Marius from PlayBall, who showed me this play, I had to draw it up. This is mostly used when you can’t have a screener but I will add a version with the screen as well. 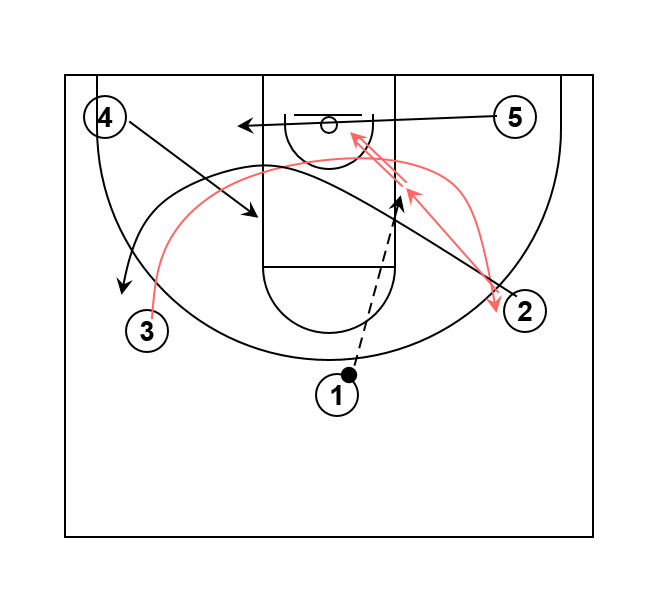 Player 1 is with the ball. Player 5 goes to the side of Player 4 and both stay on the low block with space between them. Players 2 and 3 switch places. Here we have player 3 being the best scorer. They run to the wing, and Player 3 fakes to get open on the wing and do a backdoor cut to the paint for a layup. 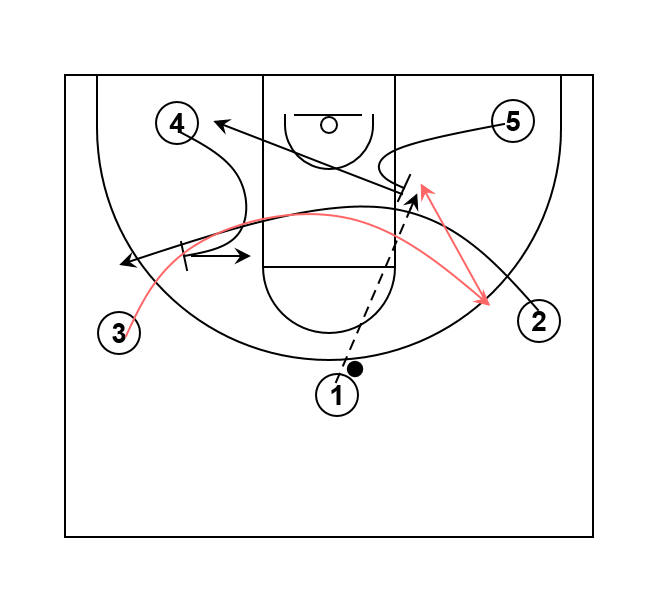 Player 1 is with the ball. Player 5 sets a low post screen for Player 2 to run to the opposite wing. Player 2 fakes using the screen (or uses the screen up to the situation). Player 4 sets a high post screen for player 3 and stays at the elbow. Player 5 rolls and runs to the opposite low post. Player 3 uses the screen and goes to the wing and then cuts back to the paint, gets a pass from Player 1, and goes for the layup.