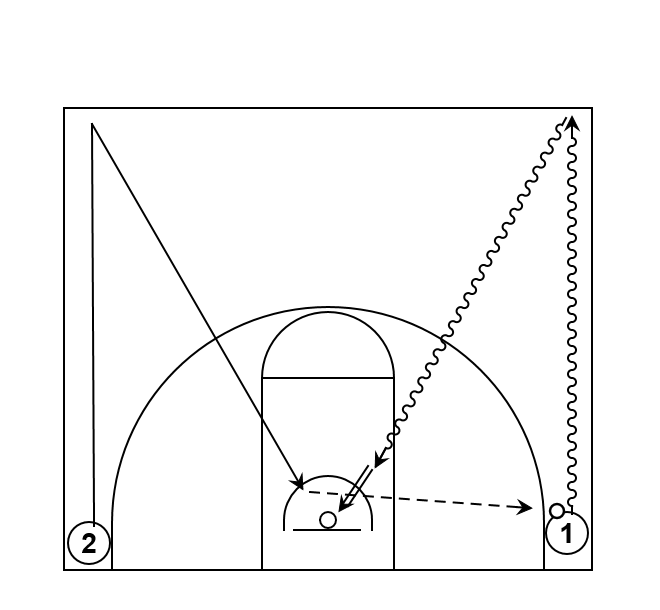 I saw this used in Romania a lot, so much that I had to draw it up. Simple drill starting with all the players in two rows from the corner. Player 1 dribbles to the half court, while Player 2 on the opposite side runs without the ball to the half court. Player 1 changes the dribble hand with a crossover you decide and attacks the basket. Player 1 goes for the layup and Player 2 goes for the ball. Player 2 then passes the ball to the next player in the opposite row. They then switch sides. 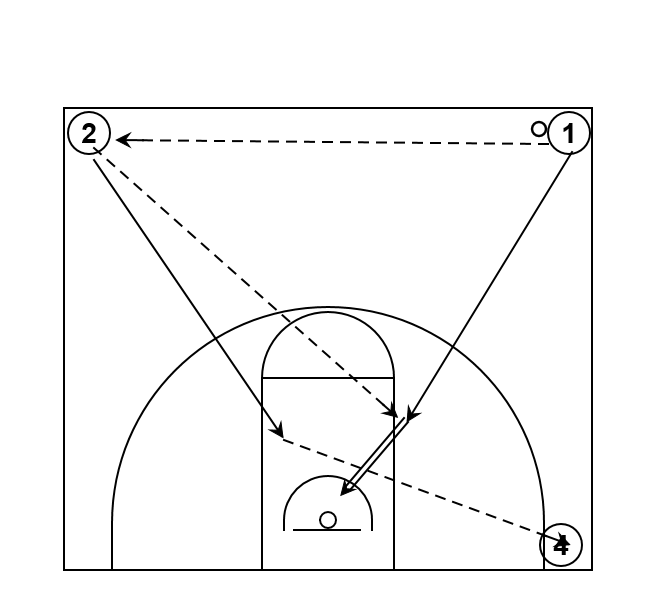 It’s basically the same drill just Player 1 passes the ball at halfcourt to Player 2. Player 2 then passes the ball back and tries to pass it so Player 1 doesn’t need to dribble to go for a layup. Player 2 rebounds the ball and passes to the next player in the opposite row. Both players switch sides.